"In another time, in another place, you would get everybody's vote" Senator Graham to Judge Barrett.
Well, that's not going to happen. Tomorrow, the Senate will likely confirm Amy Coney Barrett to the Supreme Court. It will solidify the court's 6:3 conservative majority, a hallmark of the Trump legacy. But it won't be a unanimous vote -- not even close. Nothing like in 1993, when Ruth Bader Ginsburg was confirmed 96:3.
But why? RBG was hardly a compromise choice, politically speaking. How has the nation's highest court become one of its biggest political lightning rods? There's a lot on the docket this term. From the Affordable Care Act to questions of church and state to ... oh right ... the possibility of a contested election, where the Court decides the outcome.
So, we thought we’d ask… what does Amy Coney Barrett mean for the future of the high court? John Donvan moderates an incredibly timely debate between two of the nation's most esteemed constitutional law scholars. It's a competition of ideas on Barrett's nomination, her judicial philosophies, and whether Democratic proposals to reform the court -- things like court packing and term limits -- have any merit.
Have a listen.
AND COMING UP….
Governments around the world are borrowing unprecedented sums to prop up their economies amidst a pandemic. But you knew that already. What you might not know is of a growing crop of economists taking a bold stance in saying that big spending is no bogeyman, and to “Stop Worrying About National Deficits.”
We’d, of course, like to hear from you on this. Submit your own brief argument here and IBM’s Watson will work its AI magic to make it a part of a television show we produce with Bloomberg, called “That’s Debatable.”
As always, let us know what you think.
P.S. -  Sign up here to find us in your inbox each week.  And if you like what you read, consider sharing this blog post with a friend here. You can always reach us at info@iq2us.org with ideas and feedback.

POINT / COUNTERPOINT
Two perspectives on one of the nation's biggest debates this week.
Reforming the High Court

When pressed if he would support adding to the number of Supreme Court justices, Democratic presidential nominee Joe Biden said he’d convene a commission on reform. There’s no requirement for nine, and increasing the size of the bench has been done before, but some argue that adding to the high court now would constitute political suicide.
So ... if Democrats get the chance, should they pack the Supreme Court?
FOR:
There’s nothing more originalist than packing the court
“[A] president working with Congress to change the Supreme Court’s size has a rich historical tradition that is both constitutionally protected and backed by 231 years of precedent.”
- Washington Post
AGAINST:
Reform the Court, but Don’t Pack It
“It could escalate beyond control, […] with no stopping point as victors just keep upping the numbers on the high bench with every election cycle.”
- The Atlantic 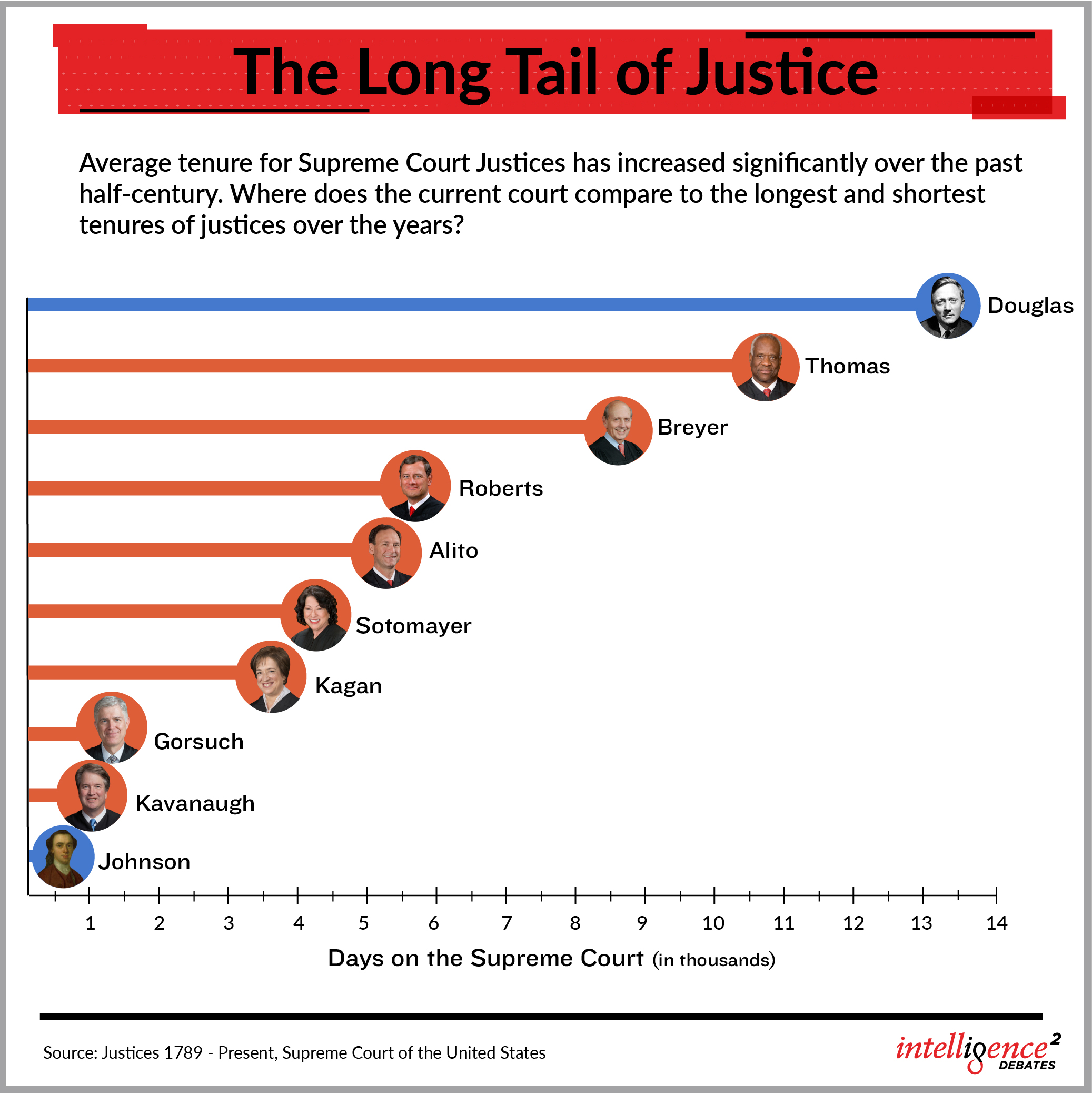 Justices are appointed for life. But should they be?
The Need for Supreme Court Term Limits
“Longer terms have led to an increasingly political confirmation process and a court more likely to be out of touch with the general public”
- Center for American Progress
Term Limits Won't Fix the Supreme Court
“The best argument for term limits is that they would make the Supreme Court more of a standard issue in presidential and Senate campaigns and thus less of a political football when the winners of those elections get to nominate and confirm justices.”
– The Atlantic

- What could be in store for President Trump if his candidacy is unsuccessful? Jonathan Chait dives in. [Read more via New York Magazine, Jonathan's debate on Obamacare.]

- A Biden victory could mean substantial U.S. investment in environmental, social and governance sectors, but Europe is already ahead of the curve, writes Gillian Tett. [Read more via Financial Times, Gillian's debate on the global financial crisis.]

- Fareed Zakaria envisions what the city will look like in a post-pandemic world. [Read more via CNN, Fareed's debate on the drug war.]

We hope you will join us and continue to uphold the standard of public discourse. If you believe in informed, substantive and civil debate, please consider sharing our newsletter with a friend, follow us on Twitter or Instagram, and consider donating – whatever you can – to help keep this work going.
Law
Image: